Helping You Do What You Do Best

Keystone Wood Specialties Inc. is a wholesale manufacturer of wood components for the custom cabinet, furniture, and remodeling industries. Our manufacturing plant is located in Lancaster, Pennsylvania.

When you call Keystone, you will always be greeted by a live, knowledgeable customer service professional. Whether you have a question about our products, need assistance placing an order, or need to discuss an existing order, our staff is here to ensure that you and your customers are completely satisfied.

From rough lumber in our large selection of wood species to a fully equipped finishing department, Keystone has everything you need to complete your next job. Choose from our wide selection of door and drawer front designs or create one of your own.

To help people find enjoyment in their work.

“There is nothing better for a person than that he should eat and drink and find enjoyment in his toil. This also, I saw, is from the hand of God, for apart from him who can eat or who can have enjoyment?” ~ Ecclesiastes 2:24-25

Keystone Wood Specialties founder Sam Stoltzfus got into woodworking as a young boy. Having grown up the son of an Amish farmer and carpenter, he liked tinkering with wood and mimicking toys that his great-uncle Levi made. In 1972, at the age of 21, he founded his then one-man shop in Ronks, PA.

Sam would make the cabinets, getting his doors from a supplier, and his father, along with his brothers and a friend, would install the kitchens. Sam shared numerous stories of the good times he had with his grandfather, also a farmer and carpenter, while making deliveries to customers.

From the beginning, Keystone Wood Specialties has been committed to making the highest-quality products. In 1977, Sam purchased machinery to begin making his own doors. Shortly thereafter, he began making doors for a few local cabinetmakers. From there, he saw an opportunity to grow into manufacturing cabinet components and stopped making cabinets altogether.

In an interview, Sam mentioned, “That was a big switch, because it was like starting all over again. It was tough going for a couple years, to bring everything to the quality level we wanted.” And they did—Keystone’s quality continues to rank among the highest in the industry.

In 1984, Sam, along with about a dozen employees, moved into the current building on Old Philadelphia Pike. Keystone continued to grow its product line and was among the first to offer dovetailed drawers and to cater to the refacing industry. 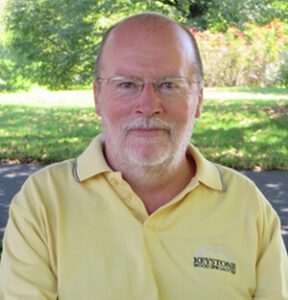 Sam served as President and CEO of Keystone Wood Specialties, leading several additions and improvements to the building and workforce, until his passing in 2020.

As the current President of Keystone Wood Specialties, Sam’s son, Nick Stoltzfus, is preserving the time-honored craftsmanship and work ethic established by his father, while incorporating new technologies and products that lay the groundwork for Keystone’s growth and success in the generation ahead.

Our Tradition and Values

At Keystone Wood Specialties, what we do goes beyond the business of manufacturing quality custom cabinet components. As we have developed our product line and responded to market forces over the years, we have never lost touch with the traditions and values of our rural Pennsylvania heritage. The mission we live by has always been the hallmark of our part of the country: If we work hard, listen, pay attention to the details, and maintain a high respect for craftsmanship and quality, we will forge lasting relationships with our customers and friends. These values stand the test of time—they never go out of style.

We like to think we share those values with our customers—cabinetmakers and remodelers whose businesses aren’t based on volume, but on pride of workmanship and in crafting cabinetry and woodwork with enduring character. The tools and technology of our trade have changed a great deal over time, but the rich heritage that defines the art of fine woodworking remains the same.

Our commitment to you is that we will do our best to provide the best customer service and the highest-quality products we possibly can every time. Keystone is here to help you do what you do best. 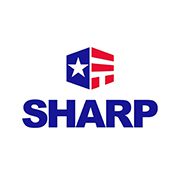 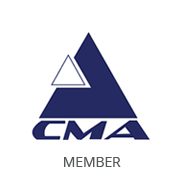 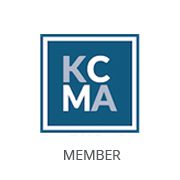